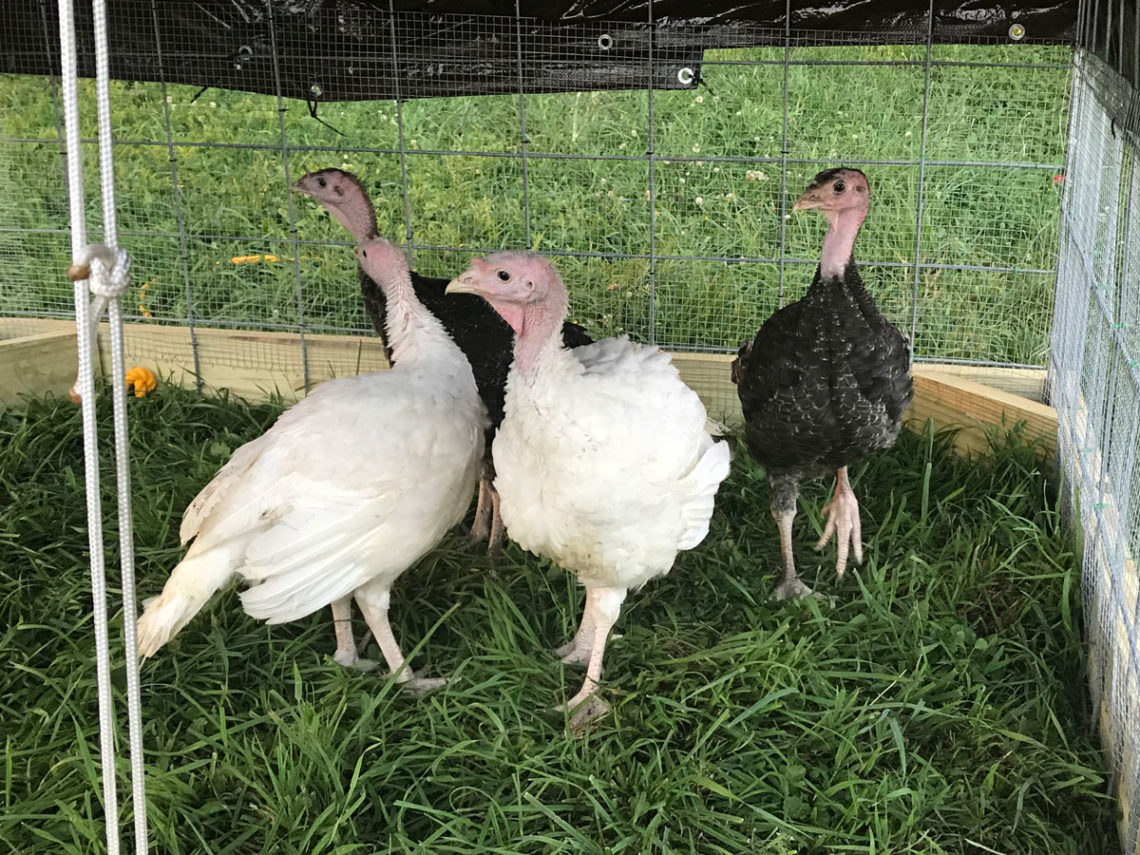 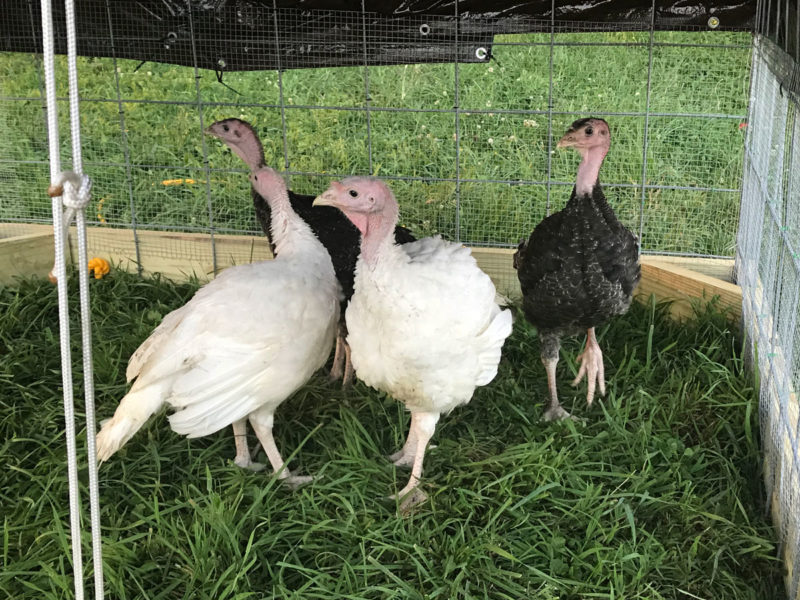 (Yes. Those are their names. Excuse our oddball sense of humor.)

In the last three summers on our farm, we’ve raised a variety of poultry — egg-laying hens, Cornish-X meat chickens, and a handful of ducks — so we were feeling pretty confident to try something new this year. Turkeys somehow seemed like the next logical thing to try, so in mid-May, we brought home four-day-old turkey poults from our local feed mill. I’ve read many times that turkey poults are fragile, so I got four expecting only two or three to make it to adulthood, which would be sufficient for Thanksgiving and Christmas dinners, which was our goal.

Eight weeks later, all four are still around (*knock on wood*) and growing like weeds! I’m not sure if we got extremely healthy poults, or if it was just dumb luck, but I’ll take it!

Just this week we got them outside onto grass in a mobile turkey tractor. So far, they seem to like it!

My awesome husband Mike and our friend’s husband built the mobile coop, roughly following this design, with some of their own creativity added. We’re going to run the turkeys in it for a while, and if it goes well, we’ll be building a second one to raise more Cornish-X in, hopefully before the weather gets cold. The plan is to move it daily or every other day, depending on how fast the ground gets messy beneath them.

Cost-wise, for four birds, we have gone through one 50-pound bag of starter feed and about half of a 50-pound bag of grower so far in eight weeks. I’m anxious to see if our feed costs will go down even more now that they’re outside picking at vegetation and bugs.

So far, I’m really pleased with the overall health and growth of the turkeys. They’re easy keepers; they’re not too messy or noisy, and they don’t inhale obscene amounts of feed like the Cornish-X do, which was a pleasant surprise. Based on our experience so far, I think raising turkeys will be an annual thing for us.