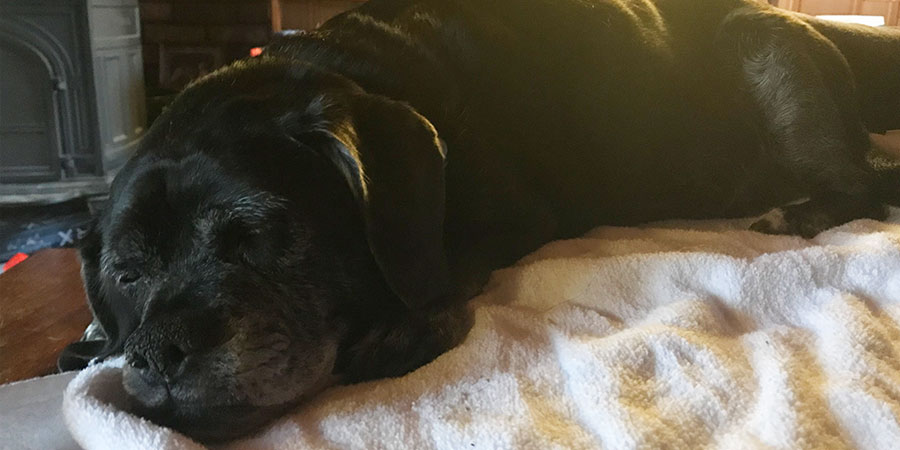 I adopted Gracie, a pug/beagle mix, from a rescue organization in January of 2007. She was a young adult when I adopted her; the rescue guessed her to be about 2, but it’s hard to say. Grace has been my constant companion for the last 11 years. She’s old, gray, and arthritic now but she is still my furry BFF.

That’s why I was absolutely heartbroken last week when Gracie started acting strangely and having all sorts of issues. I had myself convinced her body was giving up on her. I took her to the vet the day before my birthday, fully expecting to have to make the difficult decision to put her down. I even stopped and got her a vanilla ice cream cone at 10 AM, just in case it would be her last one. 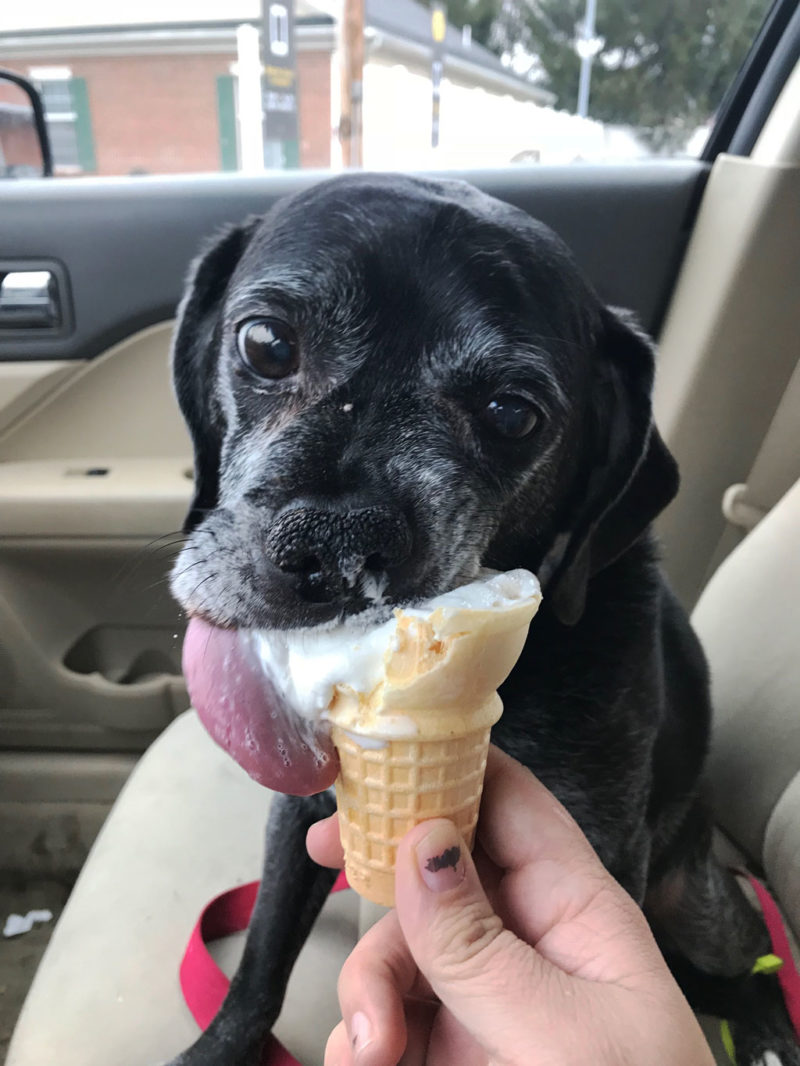 Little did I know how completely stupid I would feel later in the day for having given my dog an ice cream cone, of all things.

I was in tears in the vet’s office when they weighed her. She had lost a little over 9 pounds since her last visit just a few months prior. I talked to the vet about her symptoms: weight loss, excessive drinking, having lots of accidents in the house, and generally just not being herself. The vet said it could be a variety of things, some treatable and some not (particularly at Grace’s age). We discussed options and I decided to go ahead and have a blood test and urinalysis done.

I am SO glad that I did.

In hindsight, maybe it should have been more obvious. The excessive thirst was really the key clue, though the vet told me that the ultimate diagnosis explained all the symptoms perfectly. Gracie has Type 1 Diabetes. Normal blood glucose in dogs ranges from about 80-120mg/dl–Gracie’s was over 600 mg/dl.

The good news? It’s completely treatable. The bad news? It takes some serious time commitment, and it’s not a cheap date, unfortunately. It means special food, insulin shots every 12 hours, and regular blood testing by the vet.

Our vet prepped me with a vial of insulin and a kit with needles and a sharps container. The injections are done subcutaneously (under the skin, not in the muscle) which I’ve one on the goats before, so that wasn’t too bad to learn. The most challenging part has been switching Gracie to being meal-fed as opposed to having food available at all times. Some mornings she refuses to eat, and then I can’t give her insulin because it could drop her sugar TOO low on an empty stomach and put her into diabetic shock.

Gracie is adjusting well overall, and the change in her health is remarkable. After just a couple days, she was more alert, perky, and generally like her old self. She goes in to the vet again in a couple weeks to do an all-day blood glucose curve test to see if we need to adjust her insulin dosage. She’ll need to do that a few times till we get her dosage right, then about every 6 months going forward.

It’s absolutely worth it for my beautiful old girl though. It was the best birthday gift I could have asked for to find out her condition is treatable, and that I get to have her in my life a while longer! 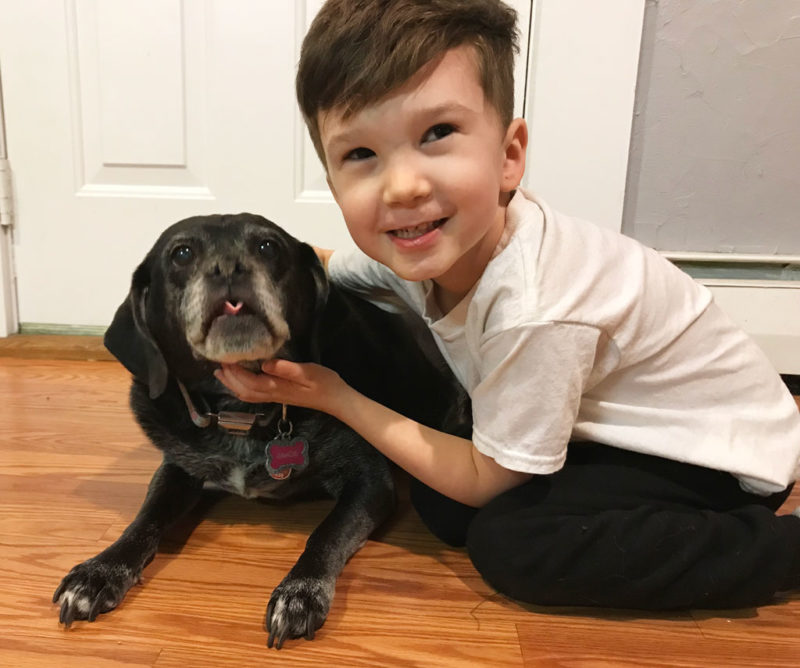 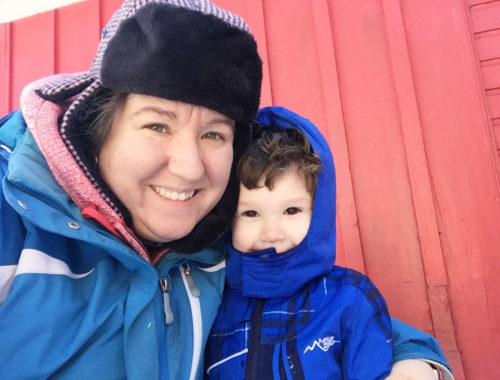 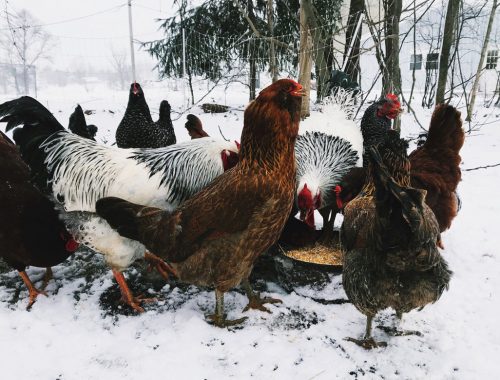 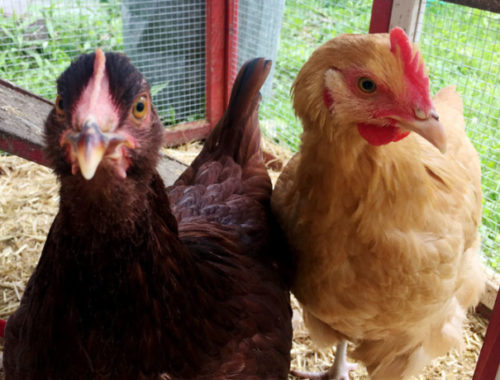