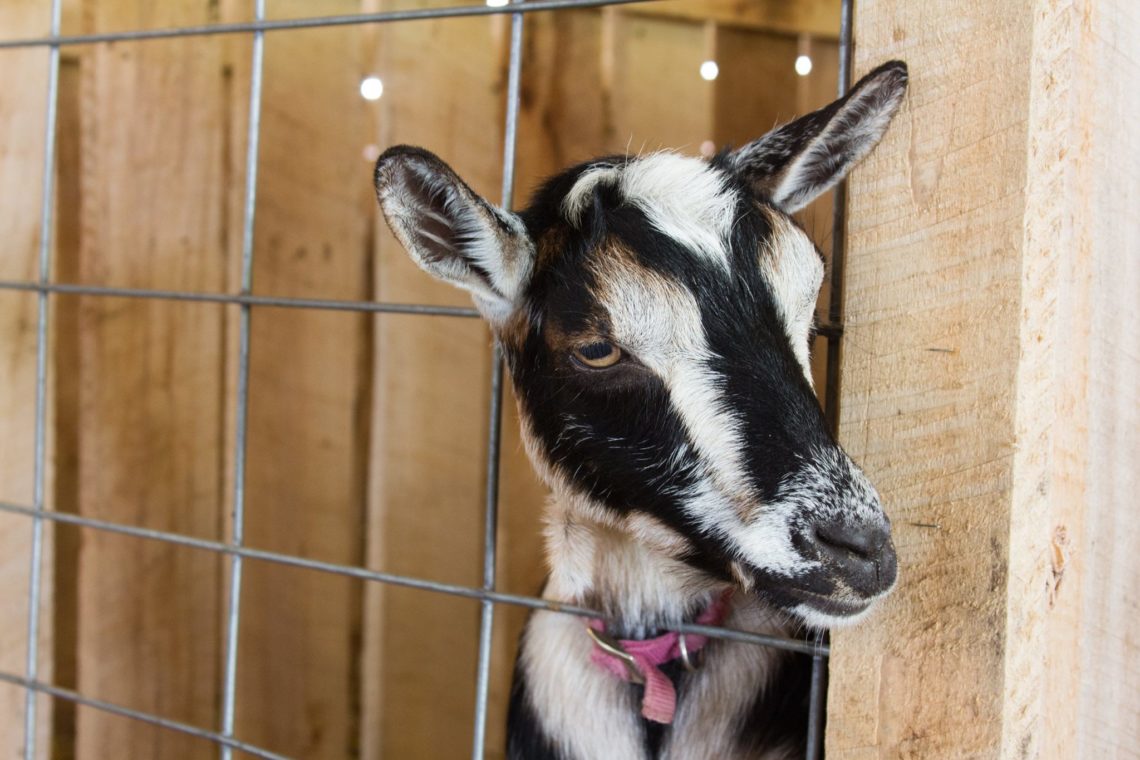 This year, the Albion Fair ran from September 12-16th and it was our second year showing (read about our first year here). I was fortunate to be able to take the entire week off work so I could enjoy it with my family. It’s a very long week with lots of work, but also a lot of fun and something I really look forward to every year. Mike was also able to take off several days during the week, so it was amazing having him there too. 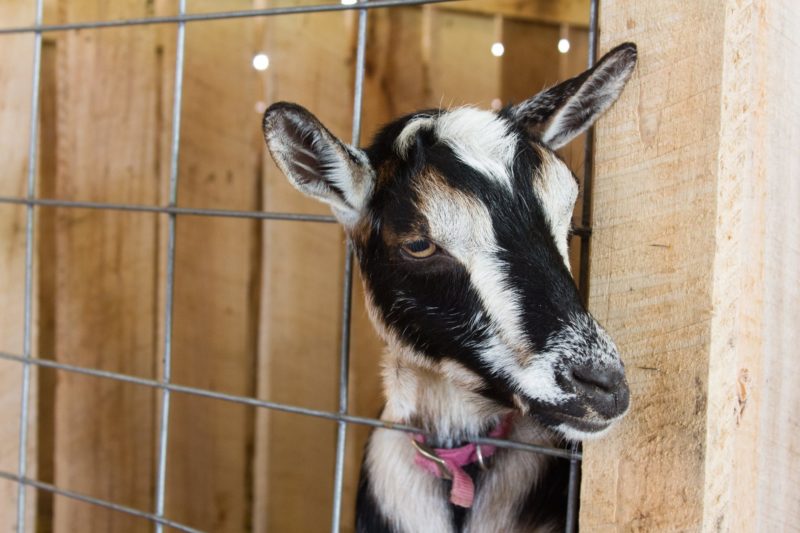 Our week started on Monday when we were able to get into the goat barn and start setting up. We decorated our stall and Mike even had a farm sign printed for us! Tuesday was load-in day for the animals, so we brought out the livestock trailer for its first trek with goats inside. After one small crisis of not knowing how to get the trailer break-away system to charge (the headlights had to be on..?!), we were able to move everyone safely and successfully. (Much, MUCH better than cramming goats in the back of a Honda Element!) Wednesday was show day, and then the rest of the week we cared for animals and enjoyed all the other activities at the fair. 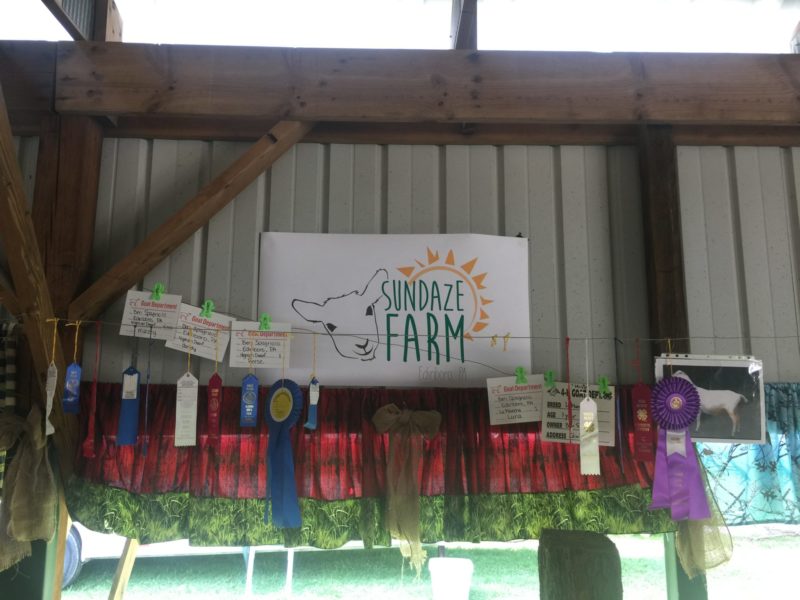 This year we took five does: three Nigerian Dwarfs and two LaManchas. We showed the open classes for each breed and Ben showed his primary goat, Misty, in the 4-H showmanship and fitting classes. Myles got to show in the Pee Wee class this year, with our 4 month old Nigerian Dwarf, Maizey.

I wish I could list out the results of how everything went, but show day was a whirlwind and I could barely keep track of things. The results haven’t been published yet either, so I can only share the classes I remember in particular:

We had the only two LaManchas entered, so we obviously took first and second for the open class for the breed. My Luna-Belle got the Grand Champion rosette. 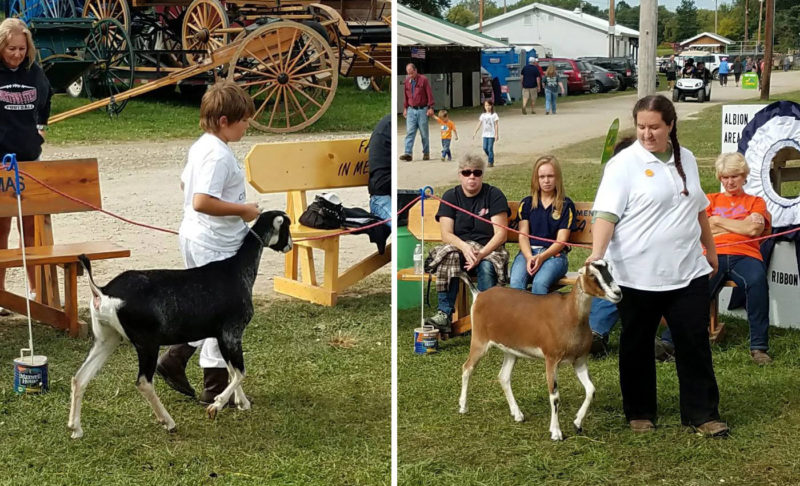 My Candy also earned a blue rosette in the Nigerian Dwarf open classes, but was beat out by a younger doe for the Grand Champion rosette. She did receive a lot of praise for her excellent udder though, which was pretty awesome. Her two daughters Reese and Maizey also took first place for Produce of Dam. 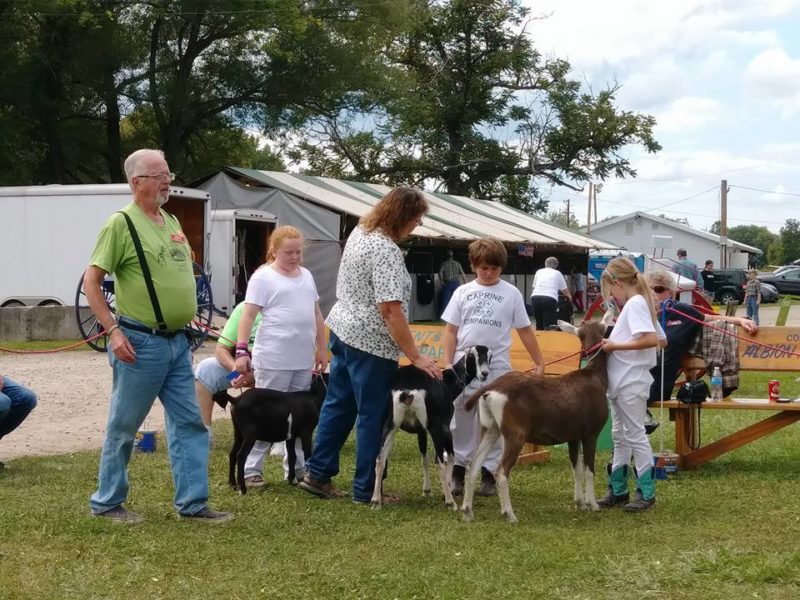 Ben took a second place in Junior Showmanship and a third for Junior Fitting this year. I think he took it a little hard after having won Champion Fitter last year, but it was nice to see his friend Connor win that trophy this year after all his hard work with his very willful-minded wether, Stewie. 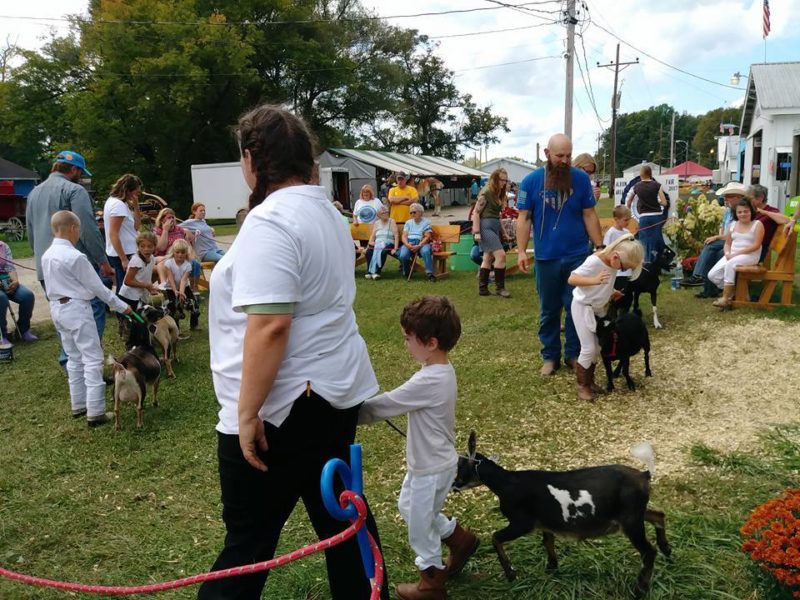 In addition to the goats, I also entered a pair of socks I knitted — just for the heck of it! I’ve never really put my knitting up for any contests or judging, so I had no idea how I would do. I was really excited and proud to earn a blue ribbon for them. 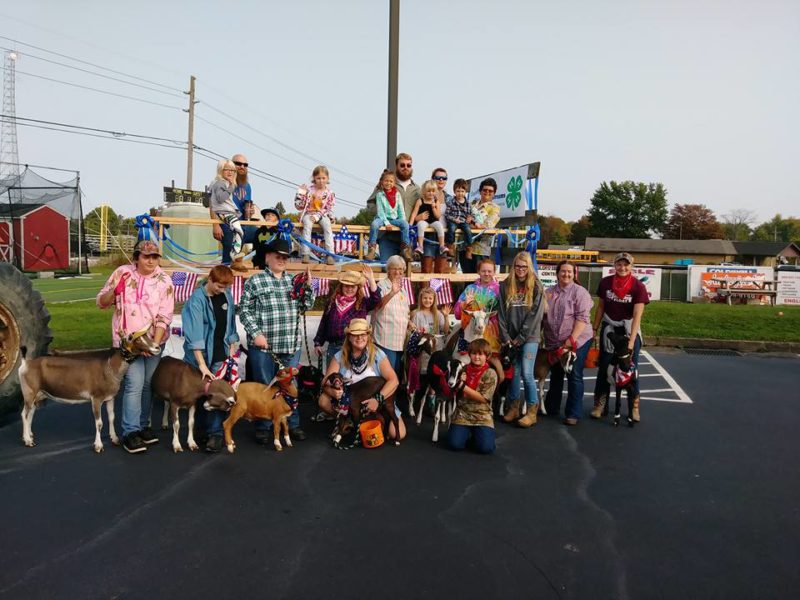 One of the highlights of the week was the fair parade, which took place Saturday morning. Last year we had heavy rain, and the parade was a mess. This year, we had sunshine and warm temperatures so we really couldn’t have asked for a better day! Our younger 4-H members rode on a hay wagon float that we made, and the rest of us walked goats or handed out candy. 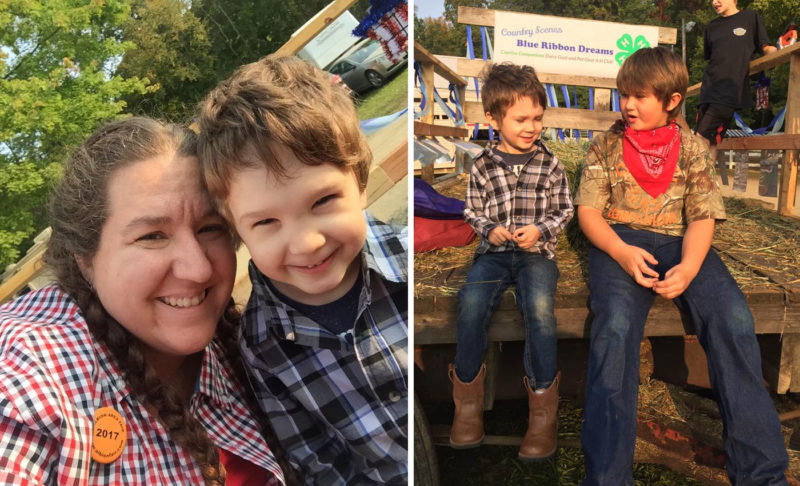 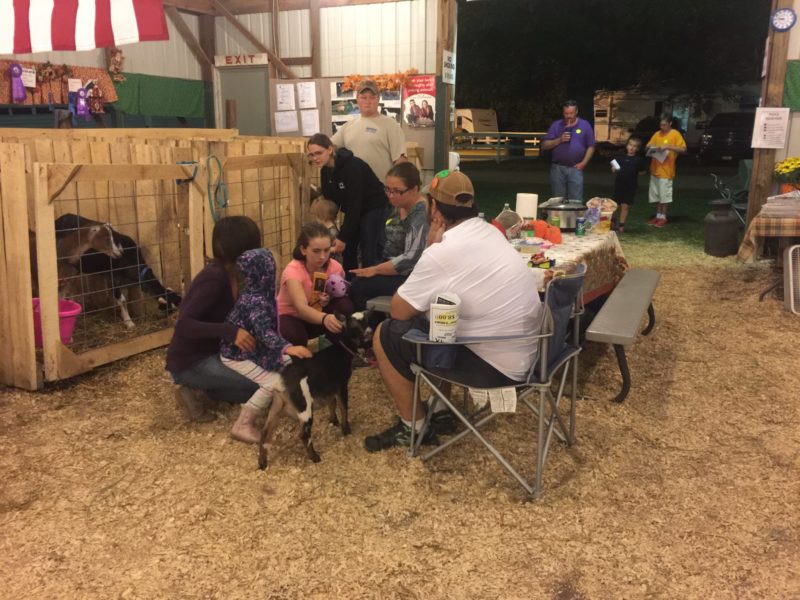 A lot of the week is spent just hanging out around the goat barn, talking with visitors. Mike especially enjoys educating people about the two breeds we keep, and letting kids have a chance to pet and enjoy them. If visitors stop by at the right time of day, they can also get hands-on experience milking goats. The kids really love that! I’m obviously biased, but I think the goat barn is the most fun of all the animal barns at the fair. 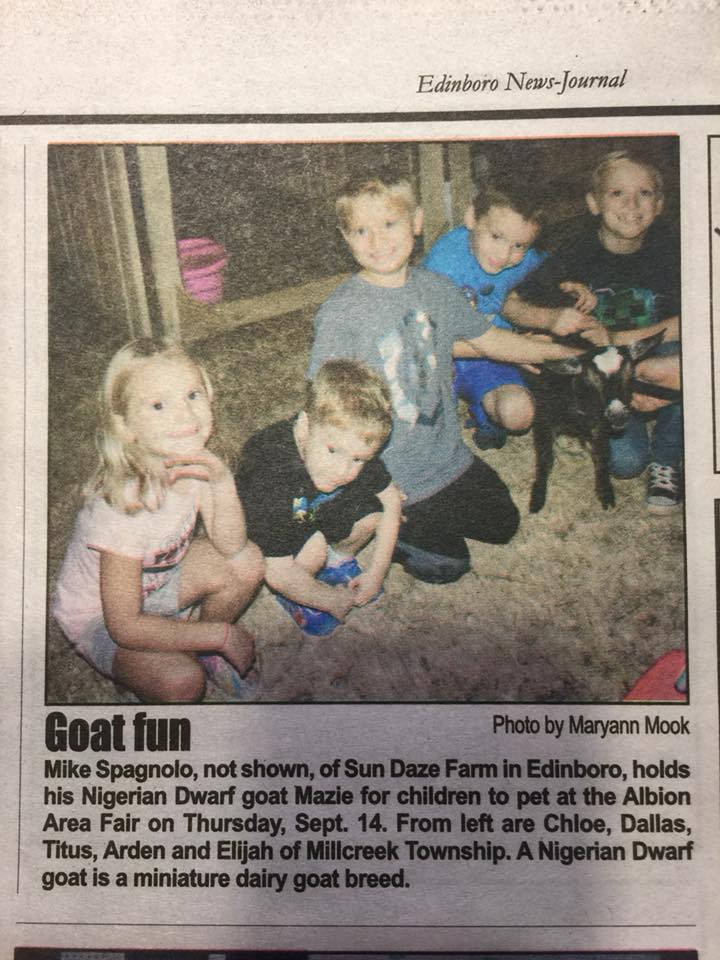 The Truth About Backyard Chickens: The Good, The Bad & The Ugly